Compassionate Presence in Each Moment 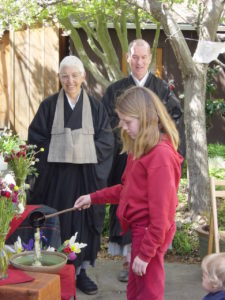 In 1967 Kobun Chino Roshi, a Japanese Zen priest, came to San Francisco in response to an invitation from Suzuki Roshi to serve as his assistant at Tassajara for three years. Shortly after leaving Tassajara in 1970, Kobun moved to Los Altos and began teaching there at the Haiku Zendo. Also at this time he began a weekly zazen group in Santa Cruz. In 1972 the current Santa Cruz Zen Center at 113 and 115 School Street was offered as a practice place for Kobun Chino and his students. For many years he gave a weekly evening Dharma talk there, until leaving to teach in New Mexico, Colorado, and overseas. 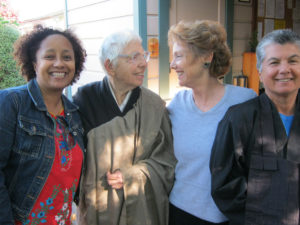 Our first full-time teacher, Katherine Thanas, founded the Monterey Bay Zen Center in 1988 and became head teacher of the Santa Cruz Zen Center in 1989. Katherine began training in 1967 with Suzuki Roshi and received lay ordination from him. In 1975, she received priest ordination from Zentatsu Baker Roshi, and dharma transmission from Tenshin Reb Anderson in 1988. She was installed as the Abbot of the Santa Cruz Zen Center in 2002. Partially retired in 2009, she continued to teach classes and retreats, lead meditation periods, and supervise her students’ training until her death in 2012. Katherine’s legacy as a Zen teacher was her unusual ability to translate formal monastic training into a meaningful understanding of our everyday life. Her sharp wit, scholarly engagement with scripture, and deep compassion defined her teachings. She touched the minds and hearts of many students. 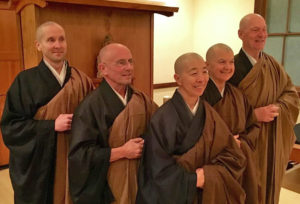 Practice at SCZC is led currently by Kokyo Henkel, dharma heir of Reb Anderson, and by Patrick Teverbaugh, Cathy Toldi, Dana Takagi and Eugene Bush, dharma heirs of Katherine. Santa Cruz Zen Center offers extensive opportunities for lay leadership development and priest training. We collectively work to cultivate the diverse gifts of the teachers and students who practice here. As well as daily zazen and a full calendar of classes, study groups, ceremonies and sesshin, SCZC is actively engaged in community service, social action and interfaith events. We offer support to Sangha members and to the broader community in attending to needs arising in times of illness and death as well as times of celebration. Our little campus near the center of town in a historic neighborhood has several renovated buildings, a dedicated zendo and a beautifully tended garden. We invite you to visit and meet the community that practices here. We offer this environment and the teachings in the Soto tradition of Suzuki Roshi for the cultivation of compassionate presence in each moment.  http://www.sczc.org/ 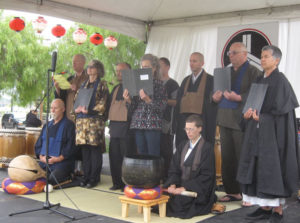 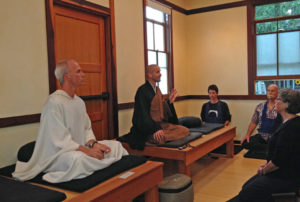 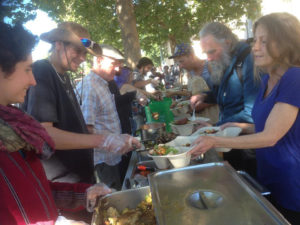